Why I still love Philosophy 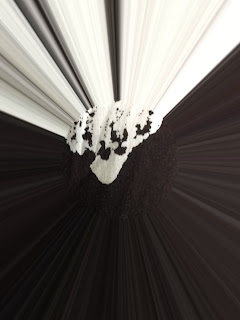 I am still completely glad I took philosophy classes during uni because they encouraged a critical thinking that we are not given room for in other areas of life.  The opinionated-ness was actually a little bit addictive. We took nothing on face value. Each one of us questioned and accepted aspects of theorists' ideas often just because of our own experiences. That's right. Whereas other areas of learning demanded we use someone else's idea to back up our own (and of course there's a reasonable time and place for that), philosophy allowed us to look at the world around us and judge or evaluate based on it. I truly miss that because it got us thinking.


Freud was fortunately in our repertoire of authors to pull apart. We of course embraced some of Freud's ideas more than others. The concept of conscious and unconscious thought is quite commonly accepted these days. Most of us think at least on some level a dream is our subconscious talking to us. That seems to maybe be ok with us. But google search Freud's take on relationships with mothers, where his observations of a few kinky patients were universalised way too much, and you will be thinking twice about the guy too. Sure he made a serious contribution to the world of psychology. But what I loved about philosophy was that we were welcome.


Then there was Augustine. This was a great exercise in embracing differing views. I had to sit there and cope with someone saying everything Augustine wrote was 'just a theory.' And she had every right to say that. You see, he was a little bit religious. And I don't mind if someone believes in God or not, although my view swings towards his existence. But I couldn't say he was entirely in line with my views 100% of the time. Come on, the guy was around in the very first century. Of course in the early hundreds he was going to imply the meaning of life for women and relationships is procreation. There's nothing wrong with kids. We all were one. But it's really obvious that we don't revolve around youngsters anymore. Of course our values on stuff like family needed to change over the past 2000 years. This is proof people can be from the same general belief system and have slightly differing views on the peripheral stuff. We can't necessarily judge a belief system by someone like this. And that's ok.


This whole premise of accepting differing views brings up a whole separate idea again. You see, in philosophy, we were free to either accept all views in a postmodern way. But we were also able to just say, "This is what I think and I'm not going to change my opinion. Everyone else is wrong.' I myself didn't take that approach. But there was a choice in that room to either expect everyone to adhere like super glue to our own beliefs, or embrace other thoughts too. There was that choice.

Philosophy classes were so very different to the real world in this sense because of all this choice. We could be real. There was a freedom to stand by our own beliefs without being judged. Each of these above beliefs were partly evaluated based on experiences. We didn't have to take it on face value. This is so important because experience is the most accurate reality we have. It shows us the current-day consequences of our actions. Experience is also the best way for us to apply theories to practicality. Heck, if you've seen NCIS, you will know Gibbs often gets a hunch feeling from his gut to make a move. The concept of open-mindedness seems really obvious. But some people really will expect everyone to do something just because it is written somewhere. Some might expect us to live by every word Augustine or Freud said. I don't object to anyone else following written moral rules. That's totally up to them. But please don't judge those who make decisions based on their experiences too. We're doing what we can.
Autobiographical