Pavlov was onto something when he told us we like to be rewarded for certain behaviour.

This guy discovered operant conditioning when training his dog. When Pavlov rang a bell, he would simultaneously put food out for the dog to drool over. Literally. He realised, thanks to the food involved, the dog would drool every time the bell rang. After a while, Pavlov took away the food. The dog had been drooling over the bell, because it was associated with that happy feeling of treat time. Don't worry, this isn't turning into Harry's Practice. Pavlov's dog taught the psychological world more about human behavior and moods than he may have expected.

This same logic of rewards for behaviour is used in the marketing world. McDonald's used it in a slightly sneaky way. Back in the day, kids would feel excited when they got a toy with a happy meal. It didn't matter how the food tasted. If they went to McDonald's, they could play and have fun. Then those kids grew up and kept those happy feelings about McDonald's because it was part of their earliest experiential memories. They might simply feel, "I remember having fun at McDonald's when I was growing up." This is a simple illustration from the marketing world of how people reward people. But how does Pavlov apply to us now as big kids (aka grown ups)?

We all have stressful meetings to attend. They might be high pressured moments of career-defining evaluation of your capabilities. They may be speeches in front of crowded audiences. Maybe the meeting is a deal breaking decision maker or deadline-approaching rush of implementation of a project. Whatever the vocational situation, it's difficult to deal.

That's when I think Pavlov might come to the rescue. I feel a lot more relaxed after a stressful work situation when I can reward myself. Maybe sometimes the next event just happens to be a U2 concert or your birthday party. And that would keep anyone on a happy high. But for the rest of the time, the little stuff just might save us.

My grandmother used to take me to the orthodontist, and she knew it wasn't my favourite way to spend an afternoon. So she brought a whole bag of goodies anyone would be into. Little chocolate bars, a fun drink, and so on. I now typically feel a craving for something sweet after every speech or dreaded working task. And why not? The promise of something better to come in the future is often all we need to survive the present.

My latest thing is going to Gloria Jeans, getting an icy Tim Tam or cookies and cream drink, and asking them to add a shot of coffee into the blender. The result is a yummy desert-y excuse to literally chill out. Your vice might be something else. A jog around the suburb (my record is 5km but it's been a while). Or maybe the best pizza place ever just happens to be down the street from your building. Whatever your traditional treat, make like ice tea and chill (get it? LOL...)

Ditch the jargon of the world of operant conditioning, and just reward yourself. The positive hopeful feeling in otherwise pressured situations will stay as the rewards stay. And then you will get so used to that meeting or project, you might just not need that nutella-lamington-chocolate-flavoured -ice-cream. Be it public speaking or private achievements, you will become comfortable and confident without incentives. And then Pavlov's work will be complete in your life. Remember: long term happiness is priceless. For everything else, there's Mastercard (kidding). 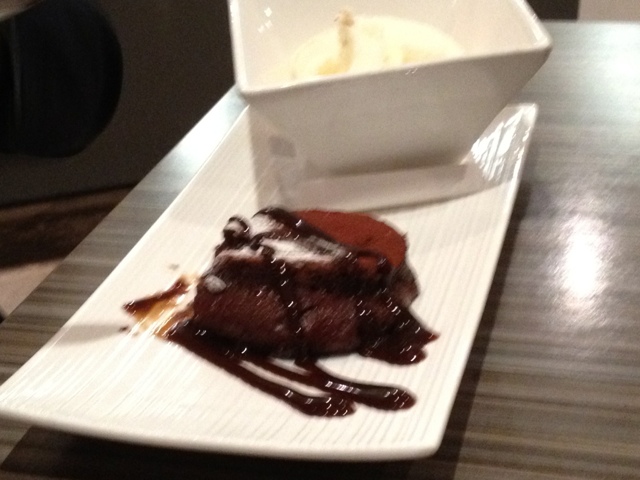