Slipper is slipping out! 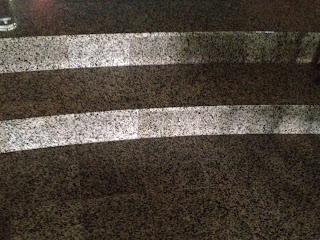 Slipper admitted pressure from parliament to take this path because his own political ambitions have been restricted. He referred to the public controversies that tainted his reputation, "I should put the interests of the house before my own interests as speaker." Slipper sounded emotionally sincere as he ended his own career. He showed a realisation of defeat, “I suppose at this point in my career, I am a bit beyond making a good impression in my speech.” Professionalism got shoved aside (once again) as Slipper’s voice sounded like he was about to burst into tears. Maybe he brought this fate upon himself. After extensive attention from social and traditional media, the verdict of his guilt/innocence has been up to the Australian public to decide.

The environment portrayed in footage of parliament was depicted as more respect than expected. It was admirable to see both sides of politics choosing their words carefully. Gillard showed empathy to the emotions of anyone affected by the event. Tony Abbott felt Slipper’s resignation was the right choice but nonetheless gave a sensitive response, “We all feel for him as a human being.” Thank you to Julia and Tony for handling this controversial event so well.

There has been a tedious amount of problems between individuals in the recent political environment. Julia Gillard not only copped it from Alan Jones for losing her father, but she suffered similar grief from posts in her Q&A on Facebook. Meanwhile, Tony Abbott has spent years trying to prove to us he believes he is not a misogynist. We seemed to be distracted from the real issues as the personal name calling flooded the headlines from both sides.

It was nice to see our PM and Opposition Leader putting differences aside to give a respectful farewell to their speaker who many believe does not deserve it. Well done Tony and Julia for handling this political catastrophe with grace.