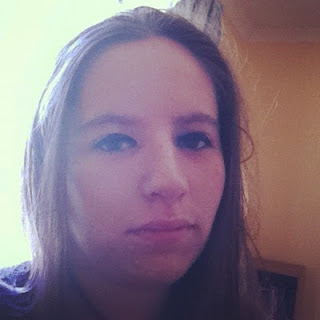 It is extremely important to create instantaneous two-way dialogue when using social media. This allows for mutual understanding, conversation, and shared ideas, strengthened relationships, and reduced bias. I would like to encourage anybody to write comments on my blog posts and let me know if there are any technical difficulties when doing so.

First of all, let's de-rail for one moment for a quick clarification. Critical thinking is an obviously important in the world of social media. Credible sources will definitely need to back up what is said.Wikipedia is a common example where anyone can write anything. That's great. We are all entitled to our freedom of speech, but I would only take someone's facts as truth once proven.

Now, here we go to see why continuous instantaneous dialogue is important. Corporate examples show us that individuals are not alone in the building of dialogue in social media. Forums are common ways for the entire community to have discussions. Here is an example of a list of posts on the forums site for Vogue Australia. Mamamia is a famous blog in which everyone is welcome to express any idea as long as it does not offend others. This personal blog has included guest posts by politicians and media identities. I truly admire these sites and many others for allowing any individuals the freedom to converse in a global community.

I also feel very glad to see dialogue mentioned in the academic world of advertising and public relations. Please bear with me while I get a little bit academic for a moment, because it will prove my point with added sources. Pages 51-53 of Public Relations Theory and Practice 3rd Edn by Johnston and Zawawi are from a great read in which dialogue is valued. This new source is from 2009, so it's relatively recent stuff. The Symmetrical/Excellence theory of communication is quite new as it was only born in the nineties. It involves two-way conversation, comprimise, and agreement between individuals and organisations. So a modern site will allow people to talk (or write) freely with each other and with the site's owner because this fosters sharing of ideas.

The most important thing to remember here is that we need to allow people to say whatever they want (without deeply offending) because freedom of speech is a basic human right which entitles us to avoid censorship. The democratisation of media is a common trend identified by basically all disciplines now that online communications are as integral in our lives as traditional media. TV, magazines, and newspapers all have one thing in common: a relatively small group of people controlled what was said. Organisations desperately need to appear unbiased. This can only be done if all opinions are heard publically, otherwise the angle is twisted or slanted. Nobody likes the stereotype of spin. Of course brands should be positively portrayed by their owners. I'm just saying no customer wants to be "shooshed" because it will make people feel censored or think the organisation has something to hide. We now live in an era where anyone can @tag a person or company and #tag a topic on Twitter. It is possible to write whatever you want on a brand's Facebook page. This is a good thing because these places give us the freedom to speak. Global communities can finally share their interests in the way they want to.

We also need to trust people to instantly publish writing because social media is a dynamic lively media. Delay is one of the key weaknesses which everyone learns in marketing when reading about traditional media. The printing press is an obvious initial step towards making distribution of ideas a bit quicker. Then magazines were published monthly because that's how the technology worked. Newspapers involve the obvious daily wait because of printing and distribution. But these time frames were shrinking in each era. The world has been moving towards faster communication when it made a shift to daily newspapers instead of a less frequent distribution, adding 24/7 TV news, and more recently many of us were granted the luxury of faster internet to reduce the delay in access to information. Society has moved towards faster access long before the internet. This access is definitely not intended to be a one-way receiving. There is just as much sending and receiving of ideas by all of us on the web. And why shouldn't we?

This is why people need to stop seeing use of online communications as a passive consumption and start seeing it as a faster continuous conversation. We need to embrace all opportunities for prompt open dialogue with anyone at any time because that is how technology has evolved.