Sydney is finally getting a real summer 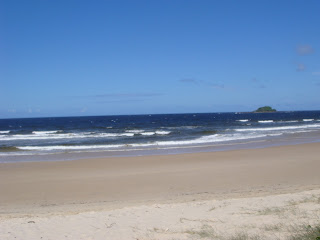 Sydney siders are feeling bright and brilliant this summer after last year didn't really get a summer at all. We finally have the sunny season we deserve. Heat waves are as much a part of Christmas for us turkey and stockings. It's what we're used to. The festive season just isn't the same without beaches, pools, ice blocks, and chances to show off our (fake) tans. We suffered (and not in silence) in 2011 during an overwhelming amount of rain. The 2012 weather so far has felt quite comfortable, and time will tell if maybe we will get the extreme temps later.