A movie every twenty something should see 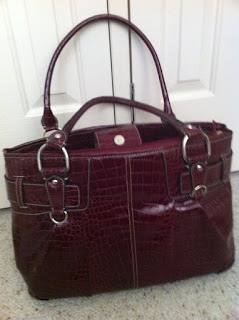 Every twenty-something should see the 2009 movie Post Grad. This light flick by Alexis Bledel shows the struggles that thousands of young adults faced in the US and the world from the GFC and later. They spent 3 or 4 years (sometimes more) working hard to become qualified in their chosen fields only to find a crowded competitive market place. I am very thankful for a movie that can define a generation.

A lot of us can identify with Ryden as we push to build our careers in exactly the same way. We are all equally motivated. We are all as good as each other. Ryden had temporarily worked for other companies and was the straight A type (yes, she is a lot like Rory Gilmore but that's fine) when she graduated. She is friendly and adorable. Her appearance was always presented professionally. But so was everyone else. Most of the movie saw her struggling to get her foot in the door. How can we differentiate ourselves when we're in Ryden's shoes?

The employee which Ryden replaces at her eventual dream job had got fired for being a know-it-all. Jessica had behaved like she was running the place and didn't act subordinate. Why? She had been in a sheltered social bubble of college where she was compared to very different people than the corporate world. At college, she was a queen bee. She hadn't spent enough time in office land where you're only at the top if you're Mark Zuckerberg or Bill Gates. We can learn a very important lesson about Jessica. If we are the opposite of her, the prize is a form of differentiation you can't win a trophy for. It's called humility. Jessica tried to run the office instantly and it backfired. Her humble lesson was that career progression takes time. It's gradual like cooking pasta, not instant like 2-minute ramen noodles. You know what I mean.

Best of all, Ryden reminds us what is most important in our lives. Everyone gets stuck on the the career train and occasionally needs to get off. One of my favourite quotes in the movie tells us that what we do matters, but who we're with also matters. Alexis' character needed to be reminded about the importance of friends, family and fun. She had became a bit obsessed with searching for ideal work and forgot about the rest of her life, until it was all falling away. She needed to stop and smell the roses. She needed to value people. I was thankful for this lesson we can all take away. Work is great but it is not everything.

That's just some of the many lessons learned in this rom-com chick-flick Alexis fest called Post Grad. Any fans of Glee would also be happy to see Jane Lynch as the mother. I really enjoyed the film because it didn't just represent the experiences of people around my age, it also taught universal lessons.
Here is a trailer from Blockbuster UK on Youtube: