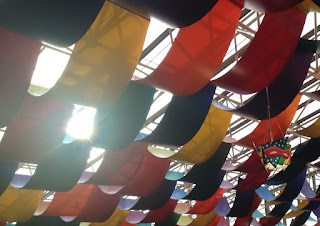 It has now been 5 years since we said goodbye to Lorelai and Rory. The most attached mother and daughter team both grew up together in front of us. Rory finished college when I was finishing high school. Although Rory was a bit older than me, both girls lived like teenagers enough that I saw myself in both of them at times.

There will never be another show quite like Gilmore Girls. The quirky creator Amy Sherman-Palladino made the world of Stars Hollow her own. She kept us fascinated with bizarre characters like the strict (but secretly musical) Mrs Kim, our somewhat prissy Michel, the achievement-obsessed Paris, our maternal Sookie, and I still don't know how to explain Kirk. Where else on TV do you get an entire town that feels like family?

The show definitely evolved over time as it should. Sookie had kids, Kirk got a girlfriend, Lane got married, everyone grew. We also watched Alexis Bledel grow up on Gilmore Girls. Alexis was barely 21 when she was introduced to us as the adorable 16 year old Rory whose mother was only 32. She grew as an actor and allowed Rory to change just as much. Even Lorelai eventually settles down as we see her finally act her age. Everyone on the show blossomed.

I am completely thankful that Amy S P took us into this world of Gilmore Girls. If she ever wanted to return to the show, there would be plenty of fans ready to keep watching. As a proper tribute to one of my favourite TV shows of all time, here is a little You Tube video from from EW of the 2010 reunion: