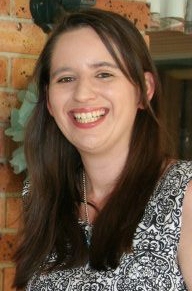 A couple of shows have popped up in the past year, to address the feelings of current twenty somethings. We came of age in the worst recession since the Great Depression. Most of us finished college and then rushed back there to get more competitive qualifications. Our ambitions and goals seem distant in a world where you're lucky if your work earns money. Social life gets more complicated as we grow older. And then, when things fall into place, we are incredibly thankful to be young 'grown ups'.

So this massively important trend has ended up on the small screen. I have only seen bits of these shows, but let's see how their early episodes are. Do they define a generation? Or do they present college graduates as 'starting out?' I worry about this assumption that real life doesn't start until after graduation.

I finally checked out this TV show called Girls recently. Just the pilot to see how it goes. I should have watched it the moment Mamamia gave it attention. Better late than never. Somehow the probably-PR-arranged coverage in Cosmo convinced me to check it out. The pilot was pretty full on.

It does show a somewhat intimate moment, so don't play it when little kids are around. But most of the episode focuses on the sudden reality check for 24 year old Hannah Horvath. It's been 2 years since she graduated and her parents can't keep paying her bills and rent. It's somewhat inconvenient since Hannah had been working for free for experience. Hannah had lived by herself for some time, so she's a mature independently living adult. But she doesn't know how to do it without help from Mummy and Daddy. I don't think I would cope without support either.

Meanwhile, Jessa is introduced as a cool traveller who seems to have everything she needs. But nothing is ever that simple. I look forward to seeing what happens to Jessa.

The success of Girls happened because the show is as honest as it gets. Lena created the show to act out her own story in an almost-autobiography. Does she really speak for the entire Generation Y? We will have to see.

Girls has an added layer of optimism because of Lena. We know how her character must end up. Lena created a show at 25 after a couple of years figuring things out. Her success is inspirational. Check out the interview below, where she says transitions can happen at any stage of life. She talks of 'inclusive dialogue.'

Meanwhile, Underemployed is a very similar show. Was it created to compete with Girls? I don't know. Where to begin? It's got everything that could possibly happen to young adults as they get out into the world.

Miles expected to be a superstar, but realistically he would be lucky to meet any stars. He reminds us to keep dreaming for something big - but be realistic in the mean time.

We sympathise with the intern Daphne who has worked unpaid for a year. She plucks up the courage to ask for money, but there are a few obstacles in the way. Just wait and see what happens early on with her bosses.

An aspiring musician Raviva accidentally gets pregnant to Lou, a guy who could only find a job at his dad's office. That doesn't seem so bad. But a manager makes sure Lou has to jump through as many hoops as everyone else in the company.

Sophia went from the top of her class to serving doughnuts. Her creative writing doesn't initially involve much creating. Hats off to any actress that wears a plastic doughnut on her head for a whole season. And Sophia's personal life is a whole different story that you can see for yourself.

The characters in Underemployed seem mostly realistic, but unfortunately they seem naive in the beginning. The show assumes a recent college graduate would be unfamiliar with the outside world. All the social and career struggles only happen for these American  characters at 22. I would like to suggest that the reality of life is apparent from before we even leave high school.

But I will give the show a thumbs up for celebrating success as much as failure. There is an optimism when the intern gets paid and the young parents can afford what they need. Underemployed reminds the audience that whatever our situations are, you can always successfully adapt.

That brings me to my final point about this whole Gen Y crisis. There is a bigger global picture beyond the USA and Australia. We want to do something we enjoy and are good at. And everyone wants money. But there is more to life than that stuff. There are still third world kids living on a dollar a day. Diseases in those countries, which wouldn't reach here. We have the awareness to be thankful for what we have.

Despite small generalisations in Girls and Underemployed, they still are the first attempts at honestly depicting life as a grown up Gen Y. I applaud these creators because it's as balanced as possible. The characters do see success when persistent. A truly realistic story would be constant stumbles. But they honestly discuss a world where 30 is the new 20. The first episodes of both shows are definitely worth checking out.
Video: Fortune Magazine Video at Youtube