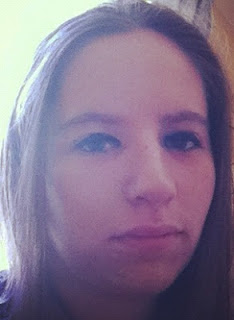 These Kardashian girls have sustained a pretty impressive following. I sort of avoided them for a few years because I wasn't sure what all the attention was about. I never watched their show and don't feel the need to now. Because there must be more to them than being followed by a camera.

Others have tried the reality TV path - Jessica Simpson, Paris Hilton, and so on. Plenty like them didn't last so long on the small screen. In fact, E Entertainment suggests Kim's show practically replaced Paris. The more I stumble upon interviews from the Ks, the more they make sense. Something is different.

They seem like a few genuine flawed chicks who, despite the success, are just like the rest of the world. The family has seen birth, death, marriage, divorce, weight, struggle and success. So why were they chosen for a show? Kim & co are also really good at clothes.

Turns out these brunettes are fashion designers. Their mum explained to WSJ.


Ok. So we know that Kim and the rest make clothes. And she once said they work in retail. Then what exactly does it include? According to People, Kim was a stylist for Lindsay Lohan in the early days. The brand Dash is a bunch of stores they had in America before the show. But Aussies can't buy it at the official web site. Khaos is the online store for fan stuff. It appears they did for the letter 'K' what McDonald's did for the "Mc." The Kollection brand seems to involve buying a hand bag from Westfield for a hundred bucks. So the Ks like clothes. Right. But let's get back to relatability.

It's a big family not just in numbers - but also in size. Kim isn't thin, she told Harper's, and we can see that in any picture. Maybe it runs in the family. Khloe told Huffington she's the 'big' sister in the physical sense of the word. Clothing size is a selling point because these individuals appear relatable. This body image debate is a massive one. If they were size 6 and encouraging it, I don't think that message would have sold to the current generation. We have all had just a bit too much Maccas because it's just too darn yummy. But we know Kim feels the same way.

The Kardashians are taking the initiative to offer products that people want. These faces can be associated with those K brands more easily than what other companies do. Can you match a name to Nike? Maybe loads of sporty people who represented it over the years. But not one lone personified identity stays besides the swoosh. Do you remember the old creators of Billabong? Maybe not by name. But Kardashian is a brand in itself. Let's call the family marketers. Sort of.

So I had lived under a rock and known nothing of the K themed family. But we now know they make clothes, aren't tiny, share their flawed lives, and turned a family name into a brand. At least now I know what's the deal-e-o.