Peaches Geldof and the Fragile Twenties 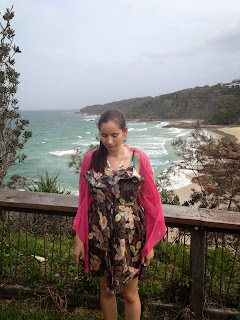 The world has lost some very thoughtful Gen Y people recently. The causes are not completely certain. Nobody knows what these people thought in the lead-up. The only certainty is that they could have had it all.

The most high profile life lost this week is Peaches Geldof. There is currently no known cause of her death. News Limited speculates that her diet could have been an influence.  Although no official cause has been revealed.

She left behind children, her second husband, and her famous loving family. She was also an outgoing media personality. Peaches was only 25 years old, and appeared to have everything.

She wrote in her column for Mother & Baby (quoted by Metro and every other newspaper), "I was lost in a haze of youth and no responsibilities.‘Other than work there was nothing stopping me from having constant fun. But it was becoming boring, I wanted an anchor – I craved it".

Peaches relied on her new family for purpose and meaning. But there is a great risk in relying on other people for happiness. Happiness has to come from within, from the present. There was definitely something missing.

Perhaps the fatality could have been an accident, or maybe not. Yet there is definitely more to the story than what the public will hear. We too often hear of people achieving outward success, but one has to wonder how fulfilling these things are.

Meanwhile, a student at Harvard jumped from a building on Monday. Andrew Sun was academically successful and socially involved. He, too, was suddenly taken from the world this week. Andrew also seemed to have everything - intellectual employed work, sport success, and spiritual involvement. Yet somehow he left it all. Tragedies like these occur all the time. They are showed, possibly over-exposed, on Youtube for the world to see. What is happening to today's generation?

There is a very worrying quest at the moment by twenty-somethings all over the world. Gen Y have been taught to follow their dreams and be fulfilled by whatever makes them happy. But how are we meant to know what that is? We are given so much choice.

Past generations strove towards stereotypes of promised success. The Baby Boomers had to be the ideal parents. Gen X were expected to shine in their careers, aspiring to be the next Carrie Bradshaw. Relationships were disposable, but careers were meant to grow. Both generations have at times became unfulfilled by these two blessings.

Gen Y are now looking at both generations and wondering, if those things aren't enough, what is enough? We now have the freedom to create whatever families or occupations we want. All that is expected is that we follow our own visions, our own carved-out destinies.

What does that even mean? Does it put too much pressure on our own decision making? Is there too much dependance on the future?

Perhaps there needs to be balance. Have gratitude for new opportunities to grow. But please, Gen Y, find a way to be content with what you have already. The present may not be perfect, but it is all we are sure of.