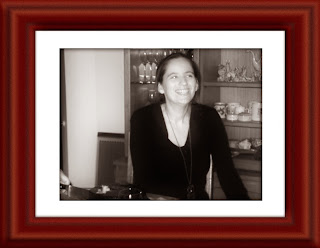 Mara Wilson is a humble individual brought to our attention recently by Channel 9 and Mamamia. Her name is coincidentally slightly similar to mine. It's a pure coincidence. She reminds us all to follow our true interests.

The blog Mara Wilson Writes Stuff is a humble collection of posts about ordinary life. The Frequently Asked Questions is quite honest. She actually compares acting to finger painting here.

Am I blogging about her simply because mainstream media are currently giving her attention? Not exactly. Yes, media attention reminds people of things. But she gets a special mention at whatmelwants.com because she has a lesson to teach.

Many people choose life paths based on what their communities tell them to do. It could be family, friends, neighbours, anyone. The marketing world has labelled this as "reference groups." But it is easy to wonder if those chosen paths are really what the individual wants. You might want to do what people tell you, but you might not.

Mara has seen parents live vicariously through their children. The kids grow up and realise they never did what they wanted. Parents are only one group which can influence. People feel pressured by even bigger external forces such as the social media community. Mara's solution was to do something different to what she was raised on. She switched from film to things like writing. And that's fine.

But it is also ok to do what you were raised with. And it is ok to reach high if you want to, no matter who you are. Lena Dunham is someone I quote on a regular basis. Why not? So here it goes. Lena said (to CBS) people get nervous about females who have positions of power. She said, "They question your right to be there." Sometimes people just want to do something big or influential. Make a difference in the world. Tell a message. And that's fine.

People say Lena is settled in TV too easily because she has artistic parents. The assumption is that she is simply artistic because her parents are. It's never that simple. She could have turned around and steered clear of creative endeavours. It's her choice and free will. But the Huffington Post and many others recognise her contribution. People see that Lena Dunham used external influences to create something from her own internal self. Girls and Tiny Furniture were her own doing, not anyone else's. Although Lena had more free autonomy than Mara.

Do what makes you happy. It could be what people expect. Or it could be something totally different. But make the choice for yourself.