Vanessa Carlton then and now 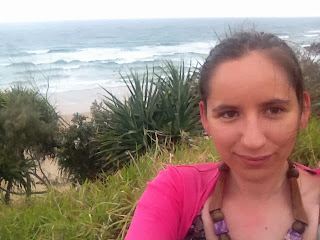 Vanessa Carlton developed into a very philosophical song writer. This singer is best known for the hit A Thousand Miles. The optimistic tune climbed the charts. But Vanessa grew wiser as she got older.

The immortal words of A Thousand Miles are known by everyone my age. "You know I'd walk a thousand miles if I could just see you..." It seemed sweet at the time. What do we need besides depending on someone else for happiness? Vanessa sung at 17 what any other 17 year old is thinking. Just give me someone to depend on. Someone to follow around.

Skip a few albums later, and Vanessa was like Rabbits on the Run. This creative soul had explored and lived. She was a bit more realistic. The landmark social statement was the song I Don't Want To Be A Bride. The lyrics were not anti-commitment. It was not about being un-peaceful towards people. Vanessa was singing about the there and then, not the past or future. Simple statements sum it up: "I don't want to have expectations..." Some lyrics proved she valued commitment above formal institutions, "On a whim under the moonlight, I promise you. Will you promise me... Arm in arm, where the river starts to wind. Forever by your side." The song is about promising journeys, instead of constructed events.

Vanessa Carlton showed so much optimism last year. Despite recording a whole song on the topic, she then married rock star John McCauley. The modern ceremony was private-yet-public. There were just a few people running the show. But to be fair, it was performed by Stevie Nicks. Vanessa did this on her own terms, based on shared interest. Despite all her journeys, she was still comfortable enough to commit. It just shows anyone can have hope.

Vanessa Carlton is an inspiring balance of realism and optimism. She would never be a doormat for anyone. But she still sees the value in people. I can't get enough of her patterned piano lines and simple melodies too.
Entertainment