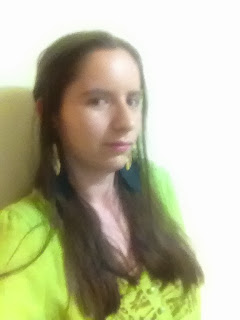 Philomena is a must-see for so many reasons. This film makes strong social statements about the subject of current public enquiries. So-called 'illegitimate' children were taken from mothers in the baby-boomer generation, often against their will. This is what happened to the real-life lead character. Philomena addresses a broader problem too. It questions the works-based dependence on rules. Judi Dench portrays a simple yet complicated woman who realises the contradictions of the world. The most startling twist is right at the end - she forgives.

My favourite quote is when Philomena tries to figure out which choice would have been more ethical. She was convinced that becoming pregnant was a so-called sin. But she kept it a secret, which is basically lying, so she considered that to be a sin too. This lovely lady had hidden the story of a stolen human being for 50 years. She literally repaid the church through years of work. Her community shunned her for giving life. Nuns sold her child to Americans and burned all bridges between them. So the truth became buried. A barrier had been set up between Philomena and reality. It was a barrier between her and a beloved son.

But that hiding was a lie. She must have felt extremely conflicted for so long. Philomena was so caught up in trying to do the right thing. It was all about works, no matter how contradictory they were. She realised that she had actually done nothing wrong. The more she discovered others' actions, the more she could lose the misplaced guilt. She was set free.

Forgiveness was given very powerfully by Philomena. Martin Sixsmith grew increasingly angry at the hypocritical works-based injustice. He wanted payback. In his eyes, the nuns should have compensated for what they took. That is understandable. Martin asked Philomena how she can do nothing after what the nuns had done, taking away her first child. Philomena chose to forgive the nun. She explained to Martin that forgiveness was not easy. It was by no means 'doing nothing.' Martin was understandably resentful towards the institution which split up families. But Philomena said how exhausting that anger must have been. Her forgiveness was by no means easy. But once it was done, she was a step towards moving on from the past.

This was a moving reminder of generations before us. It keeps authorities accountable, by questioning controlling institutions. Every twist is golden. There are so many lessons to learn from this incredible real-life character. Her story is definitely worth hearing.