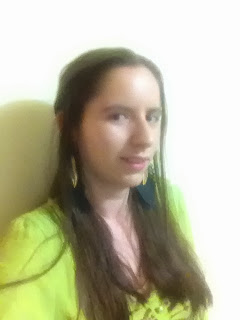 Jemima Kirke plays the free spirited Jessa on HBO's Girls. She co stars with the equally feminist Lena Dunham. Their lives are real inspirations for twenty-somethings everywhere. Jemima Kirke inspires me because she follows fate wherever it leads her.

Jemima considers herself more of an artist than an actor. Acting was not her major at college. It was not her life goal from an early age. But her close friend Lena thought she was perfect to co-star in a pilot. It unexpectedly grew into an international icon. Jemima could have focused just on her previously chosen artistic career. She told Salon, "But I wouldn’t take it back, no. Who knows where I’d be otherwise?" Would an alternative choice be more beneficial? There is no way to be certain.

Jemima is not putting all eggs in one basket. Some people are really passionate about something, but couldn't revolve around it. She told Vulture, "When you have something that you’re that passionate about and that means so much to you, it’s very scary to say that’s what you do... And there was no big answer." Generation Y have became 'slashies.' We are multi-skilled multi-taskers. Never one thing at a time.

I really identify with Jemima's decision to have a serious hobby on the side. Blogging and speaking are forums for me to express diverse opinions. I love everything else that I do. And neither forums are careers in themselves.

I spent half a year away from my favourite Toastmasters club. I took time off to do a course that turned out to be less than a career-changer. The more I was gone, the more I realised I should return. Now is the time to branch out and speak at a variety of clubs. Or even out in the rest of the world. There is something empowering about opinionated speeches. People can always benefit from hearing new perspectives. This is something Jemima Kirke realised - people can benefit just as much from her story-telling.

It reminds me of my superhero Temple Grandin. Her main focus is with animals. Autism work and public speaking are extra projects on the side.  She cares greatly about these passions. And her contribution changes lives. But she still has a steady focus on the well-being of cattle. Grandin works in organisations including universities and manufacturers. This Autistic American is happy to branch out and work on a variety of interests.

Everyone should accept opportunities as they appear. You never know where a path will lead. The future cannot be completely predictable. Choices are more like searching in the dark for a light-switch. I wouldn't quote everything John Lennon said. But I do agree with one line he sang, "Life is what happens to you while you're busy making other plans."

The character Jessa shows us deliberate instability. And Jemima is appropriately critical of Jessa's decisions. Jessa had an impulsive spontaneous wedding in Season 2 of Girls. This may have surprised viewers. But Jemima has some insight into it. She told HBO interviewers, "It's in some ways predictable... the most shocking thing you can do is do something normal". That's right. Variety is almost expected. It's how life is lived, and lessons are learned.

She explains the collapse of that white picket fence, "We at least see a clean slate for the start of something normal." Jessa really is a refined character - like jewellery moulded in the refiner's fire. The temple of her life has to crumble before a better one can be rebuilt.

People in their twenties definitely live on the edge. Everything is an adventurous discovery. An experiment. But every decision is worth it. Every choice gains something. And each unpredictable twist in the path, every opportunity, is just as much of a blessing. Variety is the spice of life.