Questioning the Hours of a Working Week 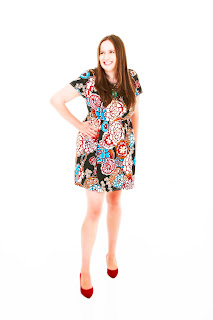 The working week is being redefined in today's world. People no longer need to work around the clock to achieve something. Many leaders have been questioning the traditional working week hours.

Two stereotypes are being busted. The first is nine-to-five, seven days per week. It is also known as the '40 hour work week.' The Collins Dictionary describes this as "normal office hours" or "normal working hours."

The second is a workaholic 24/7 approach or other long hours. This stereotype is best described as working enough to negatively affect health and wellbeing. It prevents life 'balance.' Excessive hours are also known to be unproductive due to diminishing returns. Staying back and being tired will not result in great creations.

The Sydney Morning Herald reported overcrowding of public transport services during peak hours. SMH listed employers such as Transport for New South Wales, which allow employees to start early or end later in the day. Professionals should be allowed to be late if they are not facing customers instantly upon arrival. It could save the congestion

Life can be more easily balanced with flexible working arrangements. Some professionals are happy to work during a holiday, to some extent. It's easier than ever to take work on the journey with lightweight smart phones and notebook computers. Why punish dedicated workers, by not allowing them to keep in the loop during travel? It means there would be less to catch up on when returning back home.

Childcare and Working from Home

The cost of childcare is an issue in Australia and other nations. Many adults are now trying to work and supervise children simultaneously. Besides the monetary costs, some believe there is no price to be paid for experiencing life with family. A professional can achieve work goals and juggle this with personal life.

Some tasks simply do not take 8 hours in a day to do. Innovative companies are valuing what workers achieve instead of the time the clock over. There is no point sitting at a desk if there is nothing to do.

Forbes and many other sources reveal productive health benefits that occur from flexibility. Shorter hours encourage better sleeping patterns. Spontaneous time off can help for doctors' appointments and other emergency time. Extra family time can keep people happy and relaxed, resulting in more focus once they are on the task.

Fast Retailing announced a 4 day working week for around 10 000 employees, as confirmed by Bloomberg in 2015. This was a trial to test how productivity would develop during shorter hours. The company considered possible future 3 day work weeks.

Morning people can be ready for action much before the traditional 9am. They are willing and able to start something early.

“I am absolutely convinced that we let work stretch out to fill the entire week at the moment but that actually we can juggle work around and condense it,” says owner Sam Espensen.

More professionals are opting to work from home for various reasons. Benefits abound for stay-at-home parents, family carers of the elderly and disabled, residents in remote locations and anyone who works better alone or in a familiar place.

A number of mainstream companies are now offering opportunities to work from home. Forbes lists Xerox, Dell and IBM.

There is more room for customised professional work styles in the world. Places and times of work are no longer limited to the office or old fashioned schedules. This is highly efficient and productive. Professionals can finally focus on the goals they achieve instead of the hours they spend. Results are always important. Teal ROI exists for diverse locations and times of work. This is a great era for being a professional, or indeed an entrepreneur.