Looking for Hope After the Losses of 2016


2016 was a difficult year. There were public and personal losses around the world. Many celebrities left us, alongside close loved ones.We must have hope for the future. We need to start 2017 by remembering past people, and looking forward to new experiences. 2016 is a time of grief. Yet there must be more in our days, our lives, than grief.


Loss was a theme again and again in 2016. I personally saw the passing of a 100 year old paternal great grandmother Madge Fountain earlier in the year, then a maternal grandma Marjorie Collins. Grandma Marj had suffered for a long time with dementia. Her downfall occurred quickly over less than half a day. She was a surprise before Christmas, alongside other tragic holiday events.

Celebrities who Passed Away


Then a public shock saddened the entertainment world. George Michael was found dead by his loving partner on Christmas morning. That day is known for joyful celebration, yet was tainted by the loss of an 80s music identity. A timeline of George Michael is on his web site, with career stories from 1985. The holy day of Christmas was filled with mixed emotion. A greater shock was on its way.

Today we mourn the death of Carrie Fisher - actress, author and mental health advocate. She had heart problems on a flight, before then passing in her morning or Australia's night. This actress and author lived with two spotlights - her parents' fame and then Star Wars. Her character Princess Leia was a brave woman, humble yet regal. Carrie Fisher appeared in the 2015 film Star Wars: The Force Awakens. Star Wars: Episode VIII is said to be in post production according to IMDB. Her everyday life was seen at her son Gary Fisher's Instagram at her official web site.

Carrie Fisher made appearances for fans in the past while, be it at fan festivals or to promote her books. My own brother saw a glimpse of this star a few years ago. Nothing is quite like seeing this petite celebrity looking up at a 6-foot tall Ben Wilson. Everyone has a Carrie Fisher story, whether in person or from a distance. She was a delight. Millions of fans will feel the impact of this.

The world was in shock again only a day later, as Debbie Reynolds passed away the day after her daughter Carrie Fisher's passing. Their family and friends shared thoughts about these legendary ladies. Both women were strong personalities and cultural icons. This is the time to celebrate their lives, whilst coping with their passing. 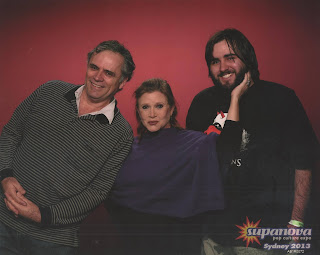 A New Year and a New Hope

We all have a right to feel grief after the past days and the entire year. People need to look forward to the future, whilst not forgetting the past. Hope was a strong theme in Star Wars. And hope will bring us into 2017.

2016 had ups and downs. 2017 will be perfectly flawed, just like any other year in history. Great achievements and celebrations will brighten up this new year. I will be attending Marj's funeral in January, then my wedding in February. That is life. We make the most of what we have.

A new future will be built in many ways. I look forward to choosing a new home later in the year. Meanwhile, I am planning to graduate this year from a masters degree. There will be time for me to further grow my online store in 2017, after it started successfully selling pretty pieces in 2016. New opportunities will be beautifully surprising, in addition to the planned successes. 2017 will be a mix of the expected and unexpected. There will be moments of calm, chaos, solemn hopefulness and simple happiness. Whatever happens, there will be hope. Cheers to life in 2017. 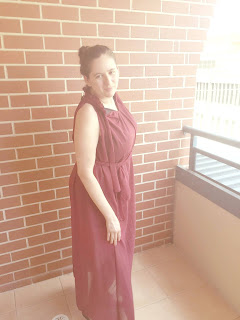