SeaChange is on Netflix! 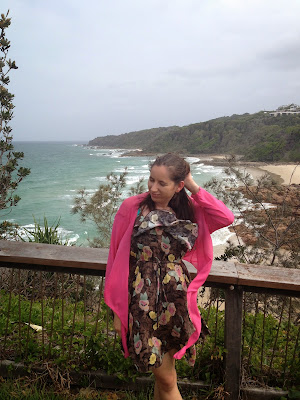 SeaChange was the escapist show which took Australia into the new century. Sigrid Thornton's character Laura Gibson had the corporate dream, which turned into a nightmare. The pilot starts with Laura's time-consuming legal career and dysfunctional family life. The premise is very relatable.

She remembers a small seaside town, which the family had travelled to years prior. Laura brings her children to relax in the quiet coastal town of Pearl Bay. Their new reality does not fully match the memory of idillic leisure. The move brings one thing Laura definitely wanted - a change.

Context is crucial here. The pilot aired in 1998, when this writer was ten years old. Technology shows its age, in a way that commands the viewer's sympathy. A voice message is left on the home answering machine. It is only heard a day later. Laura phones the real estate agent when buying a house. She never checks his credibility online. The family may have escaped from the city more thoroughly, since social media would not have followed them to the beach in those days. Technological cultural differences aside, the show shares a timeliness issue of needing a break.

SeaChange is a must-see now in 2016 on Netflix. In a world of constantly switched-on digital environments, Laura Gibson reminds us to get away and rediscover ourselves. This is one of the many reasons Sigrid Thornton is still renowned as a great Australian actress.