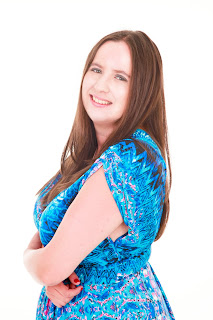 AirTasker is the solution to everything. It is the best place for odd jobs to get done, either quickly or over time.

The company was created by Tim Fung and  Jono (Jonathan) Lui in 2011/2012, according to LinkedIn.

These founders published a brand identity in October 2015. A story was told about how the company was originally created. So many companies form out of an everyday need. This is one of them.

A friend of Tim and Jono owned a truck. The main purpose, of this friend's truck, was to transport frozen chicken. But the driver was too often helping friends to move their possessions. It was like a freelance job on the side of his day job. Sound familiar?

Tim and Jono realised lots of people have similar needs for odd jobs around the place. It could be moving house, editing a web site, assembling Ikea furniture, basically anything we 'do not have time for.' They made a web site to connect people with such needs and skills. The rest is history.

I recently experienced the joy of posting a task on AirTasker. The bed in my main bedroom was not feeling entirely comfortable. A more comfy bed already existed in the spare room. I wanted the two beds swapped around.

But that took more muscle power than I was willing to use. And I didn't want to subject my gorgeous fiancee to the ordeal of assembling and disassembling chunks of furniture. He works hard enough already with everything else. Never to fear, AirTasker was to the rescue.

I simply posted an ad to explain what I needed done. It was too easy. Task: "Swap beds in bedrooms." Within a day, a whole list of people were bidding to do business with me.

We negotiated a price. A convenient instant messaging service allowed conversation within the web site. There was even the option to do a phone call, if both people have the app installed on their phones. It was that easy.

People have progressed so far since the days of Yellow Pages. You no longer have to phone up multiple providers in a list, asking for quotes. There is no more impractical handling of cash. AirTasker holds the agreed price after electronic payment, when the task is arranged. The whole process is digital.

My journey has now began as an AirTasker creative freelancer. It feels like a natural move. I have experience in writing, design, PR, and overall marketing. People are always coming to me with quick little tasks in these areas. It was a matter of time before I took these skills online for the wider community.

Those in Australia should consider getting an ABN. That can be done online at the government web site. It's best to talk with an accountant about issues like tax. But that's not the focus right here.

I would highly recommend AirTasker for anyone who wants to do casual work on the side of a main job. Some people even do these tasks full time. It's great work experience, adding to a portfolio.

The site seems more demand-driven than some other freelancer sites. The focus is on needed tasks which customers ask for in their ads. I don't go advertising for things which people may not need. Everyone's happy!

AirTasker is the way to go. It's changing the way people help each other. The site is revolutionising industries. It's awesome.