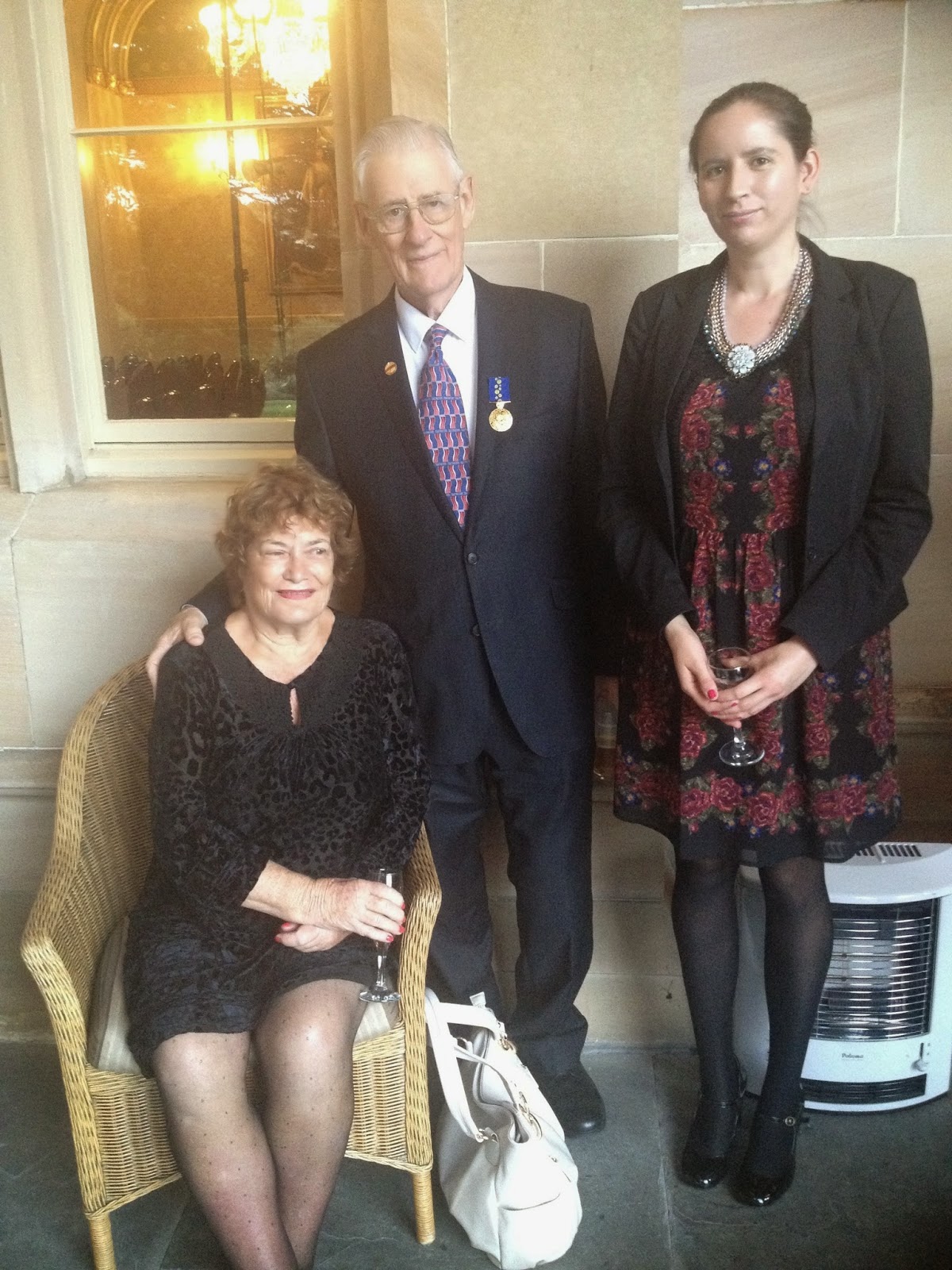 Beloved friend and Toastmaster, Elizabeth Wilson, is suddenly battling cancer in hospital. The diagnosis was made on Tuesday 13th May 2014. Her situation became critical later that night.

I visited Elizabeth in the minutes before she went into surgery on Wednesday. She showed positive optimism we have all grown to love.

Any messages for Gary can be forwarded through me at the moment. You are welcome to email me at melaniesuzannewilson1@gmail.com or phone 0458 273 326.

I am publicly sharing this news to quickly inform all her friends. The below words were written by her husband and my grandfather, Gary:

Elizabeth Wilson has come through an emergency 12 hour operation yesterday at Macquarie University Hospital. The operation was to remove a life-threatening cancerous tumour from her spine. She is currently in their Intensive Care Unit on a breathing machine and will be in the ICU for some days, not being able to talk at present. The operation achieved all that was planned with no unexpected developments. The future is uncertain and will involve some weeks of recovery, radiotherapy and chemotherapy. But the medical staff are cautiously optimistic.

To all family and friends

Since this drama developed and the word has got around, I have been overwhelmed by phone calls, messages, emails, cards and flowers. Elizabeth is indeed blessed to have so many people who care about her.

I have decided to try and answer everyone in one email. I am also sending it some more far-flung friends who are not aware of what has happened. In just listing some of the people who have been in contact to include in the email, I have already added over 70 people to the BCC field. (Mind you she has 390 contacts in her address book.) I am sure I have left some people out, including many of the members at our Bridge and Toastmasters Clubs who have expressed concern. Thus I am happy for you to spread the word to others who may be interested.

As most of you are aware, Elizabeth in the last month has been having increasing shoulder and arm pain and started to have trouble walking. Her GPs and Neurology specialists could not identify a particular problem but decided that she should have carpel tunnel surgery on her arms to see if that relieved the numbness in the hands and arms. The first operation was done on Tuesday last week. But the expected relief did not occur and her condition deteriorated so that she was virtually immobile on Friday.

I took her to Norwest Hospital Emergency on Saturday morning and she was admitted for tests. When these were inconclusive, she had an MRI scan on Monday. The results on Tuesday showed that she had both breast and spine cancer. The hospital pulled all strings to have her transferred to the Macquarie University Teaching Hospital. The specialists there were extremely concerned that any movement could turn her into a quadriplegic and hence yesterday’s surgery.

As the situation developed, Elizabeth has changed. She was becoming increasingly depressed with her deteriorating condition. But since she got into hospital she has become very positive and cheerful as she faced up to events, going out of her way to take an interest in and care for the medical staff, the old Elizabeth.

We have the Annual Toastmasters Conference coming up for the next 3 days and Elizabeth was insistent that, whatever happened, Melanie and I should go there and fulfil our obligations and also to cover for her assignments. This especially applies to Supplies. It is hard to imagine the Supplies Shop at a  Toastmasters Conference not being dominated and controlled by Elizabeth. But a number of stalwart friends have stepped up to replace her.

Because Elizabeth will be in ICU for a number of days yet and I will be away at the Conference, we will both be out of communication reach till next week. Thus we ask that you do not try and ring, message or send flowers to either of us in the next few days. Just knowing that she is in your thoughts and prayers is enough support for the present. I will send out an update once she moves to recovery and becomes contactable.

And when I see 245 killed people in a Turkish mine collapse yesterday, it puts our little drama into perspective.

With thanks and kind regards

Elizabeth's lifelong goal is to 'care and share.' Elizabeth would want her family to continue work in all the organisations we love. Although a lot of my time will be dedicated to looking after Gary and Elizabeth in these fragile times. 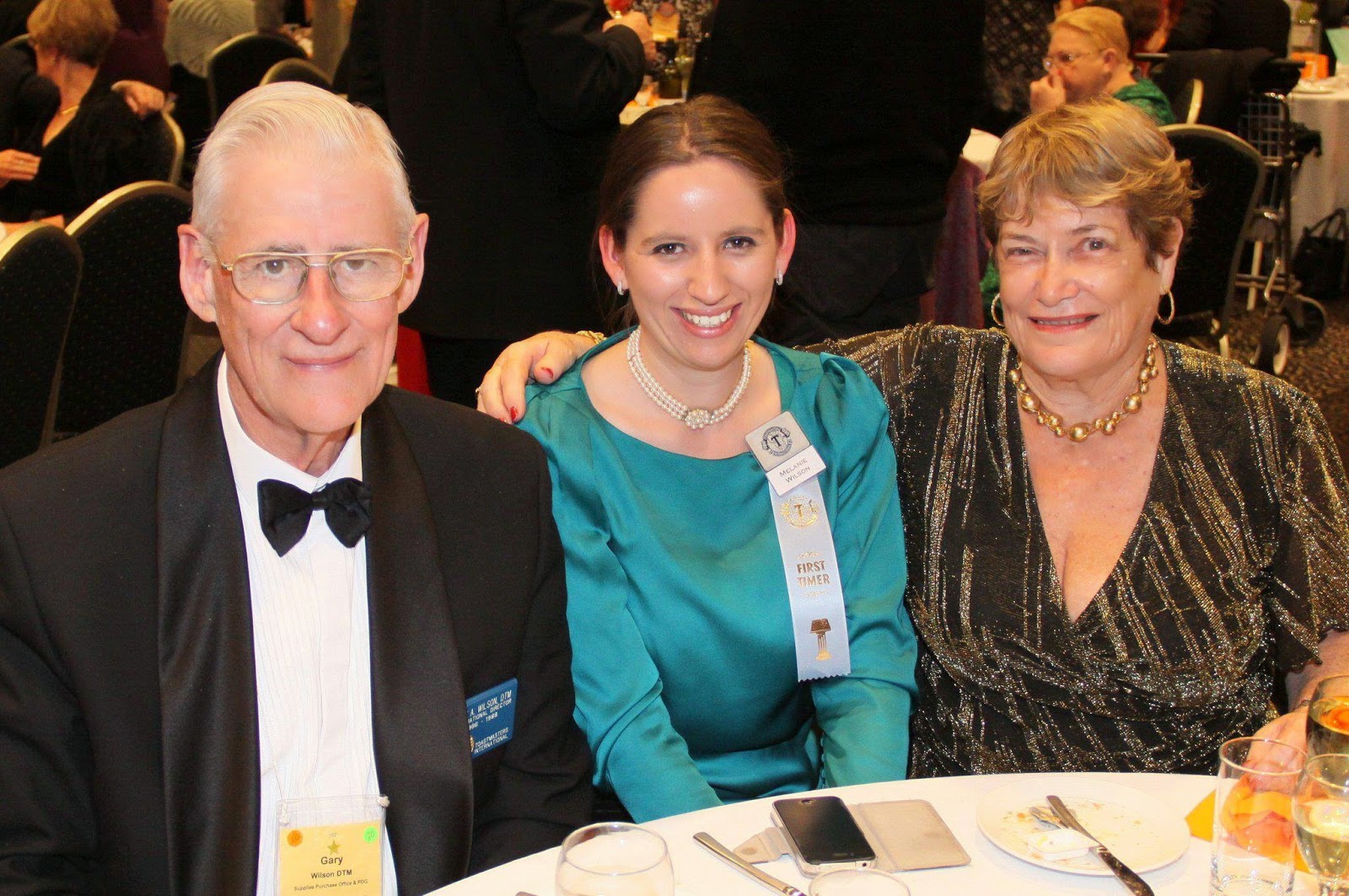