Luckily the carnival is not yet over 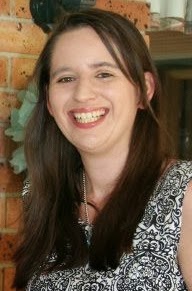 Saturday the 16th November was a very special night. Sydney was blessed with the presence of Australia's original pop group. The Seekers are lucky to be together after 50 years. They deserve recognition for staying together for so long. And, as highlighted in the news, Judith Durham is lucky to be with us. Her brain haemorrhage was a serious shock. The State Theatre in Sydney was once again home last night to the iconic sound of The Seekers. They truly are a blessing to Australian culture.

The show's format stayed very similar to the original format they used in May. The boys sung Louisianna Man. Judith's solo was The Olive Tree. New anniversary songs were included. The group closed the night, after the encore, with The Carnival is Over. This was a top quality show, after extraordinary circumstances.

We are so lucky to have The Seekers playing again. They continue to serve fans despite all odds. The entire band has coped with a lot over the years. Athol Guy lost his step sister in 2010, and endured a car crash in 2012. Judith Durham survived an extreme car crash in 1990. She was inspired to reunite with The Seekers, after the fans' concern during that 1990 incident. Judith still fund-raises for MNDA after she lost a husband to MND. But despite all the ups and downs, The Seekers keep going.

Judith Durham is the definition of raw talent. She did not need formal vocal training to develop her voice. Perfect pitch just comes naturally to her. That bell-like sound is a gift from above. The Seekers drew crowds by just using a few microphones and their instruments in the 60s. Their fan base spans generations.

The Seekers also represent wholesome nice pop. There is nothing wrong with pushing boundaries, but some contemporary singers like Miley Cyrus just take it too far. The Seekers are trustworthy sensible musicians. Fans of any age can enjoy the same songs.

Celebrities from any era become inspired by Seekers music. Zooey Deschanel and Ben Gibbard performed covers of I'll Never Find Another You. The Wiggles recorded Morningtown Ride. What a widespread support for Aussie folk.

Judith Durham, Keith Potger, Athol Guy, and Bruce Woodley are all extraordinary musicians in their own rights. Athol Guy and Friends brought 60s folk to the Macedon Ranges. Keith Potger wrote relaxing tracks like Guardian Angel / Guiding Light. All of Australia has heard Bruce Woodley's song I am Australian. Judith Durham OAM is a prolific composer of vocal and piano music. Her repertoire even includes ragtime. But Judith and the boys sound truly special blending those voices together into harmonies.

Congratulations to The Seekers for a truly inspiring 50 years of music.