Be Ready to Vote 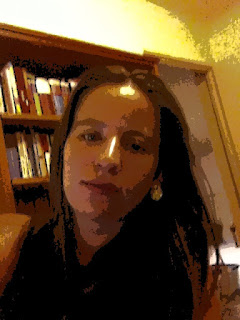 The latest situation in Australian politics is all through the news now. Yes, we have a new Prime Minister. Or an old one who's back again. Kevin, enjoy it while you can. Because you could potentially get replaced later this year. Tony, give it your best go in September. But there is another hidden issue people should know about right now.

So please stay with me as we suddenly turn our focus from politicians to a musician. Missy Higgins made a very important point in her silent video Be Heard on Youtube. The talented singer is sending out a message by literally pressing the mute button. She thinks not enough voices will be heard through democratic election. It's because 600 000 young Australians are not properly enrolled to vote. Hang on. People roughly my age - with an internet connection informing them enough to pick a pollie - just don't feel like voting? If there was ever a time to vote, it is now.

Our country has ended up getting an 'emergency' replacement PM a couple of times now. We didn't vote for Julia from the beginning. And now we're not officially voting for Kevin today. As a Liberal, I'm not going into whether that's ok or not.

But we will get to vote later in the year. It's kind of exciting. We could potentially have had 3 Prime Ministers in one year. That's quite a few. The election could be a swinging knife edge or whatever they call it these days.

Anyway, in the words of Missy Higgins' poster, just vote. Pick one. Flip a coin, or read the paper. Whatever decision making you want is fine. But she has a good point. We have a say. So don't take it for granted.

Finally, please note the very deliberately neutral angle of this blog post. Let's not get into a big debate about who should be PM or which party is better. There is already enough of that in the media and Twitter. The point is just that everyone should contribute to the election by numbering a box on a paper. It's easy enough to do. Everyone should not take this democratic right for granted.

And on that note, let's watch a video: