Bridget Jones has been redefining beauty for 11 years 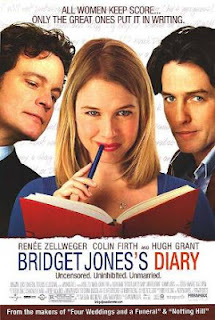 Bridget Jones’s Diary was on the telly recently, to encourage women as much as it did 11 years ago. Renee Zellweger redefined beauty as Bridget was accepted by those around her exactly how she was. There is nothing wrong with wanting to be healthier. But this story was proof that size doesn’t define our identity or self-worth.
Everyone in the developed world remembers those immense granny pants Bridget squeezed into in the hope of feeling pretty. We could feel her pain as she endured a modern-day version of the corset, called 'shape-wear.' Why did she do this? She had yet to realise she had gained a lot in life regardless of her appearance. Bridget had a decent job and later scored her dream job. Her loyal friends adored her. Bridget was actually doing pretty well. Yet she still felt the most important achievement in life is measured by dress sizes and kilos.
What an iconic moment it was at the end of the film when Bridget ran out in the snow for Mark Darcy, not caring less about what everyone else thought of her. Chasing a life of peaceful love. She took a break from the glam life and threw on a cardigan and sneakers. It was time to say goodbye to that former self who had felt too embarrassed to wear a costume at a party. There she was at the end of the movie gaining exactly what she wanted in life: acceptance from herself and others. No more hiding away in a shell. Our liberated Bridget was at last a new person. Happy.Confident. Herself.
Renee’s performance still has an impact for new generations.I was far too young for this message when it was first told. I was probably too young to watch it at all. 11 year old me didn’t care less about how I looked or how I spent my time. But Hollywood said exactly what 23 year old me still wants to hear – surround yourself with good people and don't get your self worth from things that don't matter.
Entertainment